Laying Down The Banhammer 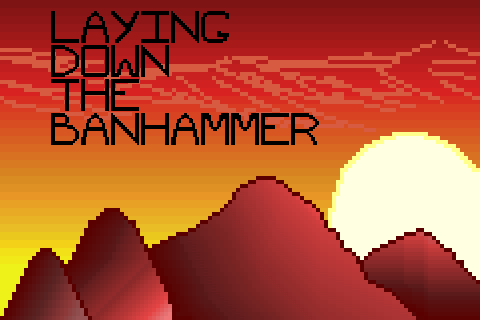 Laying Down the Banhammer is going to be a fast paced reaction-style game with the following details. You will take the place of a moderator on a well-known video game streaming website and your job is to ban all of the trolls that post either inappropriate comments or bad links to weird websites and pictures. There will be a series of game modes such as a story mode with the inclusion of characters and dialogue as well as time attack modes and a chilling out mode. I'm also hoping to include some forms of customisation such as choosing your moderator and banhammer design as well has having some RPG elements like upgrades/powerups at the end of each round.

This app is no longer availablae for download. Original source code can be found here. 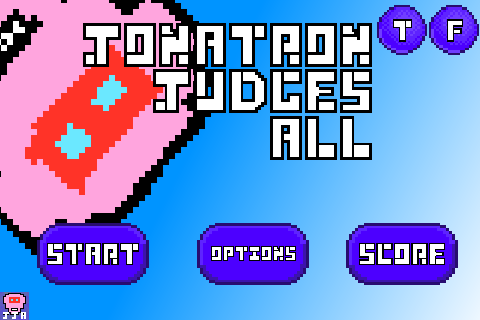 Jonatron Judges All is a puzzle game with a difference, providing four different mini-games to challenge all parts of your mental capacity. From doing quick sums on the fly to testing your lightning fast reaction times, JJA is a light-hearted and fun game that you can enjoy anywhere. Featuring 8-bit graphics and an 8-bit style soundtrack to match, this is a game that will reach out to the retro gamers within us. To give it that extra twist, each of the mini-games contain elements to try to put you off your stride such as changing positions of the buttons to movements around the screen.

This app is no longer available for download. Original source code can be found here.